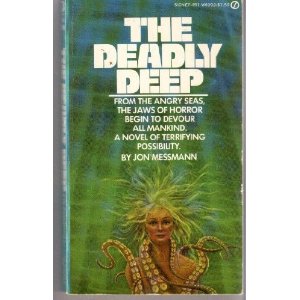 Written by: John Messmann
I'm rewriting the intro to this piece.  I started with a blithering drunken rant (who'd have thought!?) about people who think nothing but "classics" have any kind of merit, and look down their noses intellectually at people who enjoy what they would consider a baser form of entertainment.  It at least half-assedly got the point across, but on reflection did more harm to that point than good, because it seemed to be proving exactly the opposite, coming off as less a swipe at intelligentsia (or more specifically people who really want to think they're intelligentsia by copying all their thoughts and opinions from critically-acclaimed sources), and more, "AAARRRRGH, SMART STUFF SUCKS!"  Not exactly the best way to make that argument.

Now, about those tools who think that only bands that made the Rolling Stone 500 list have any merit, or who think that you're not a rounded, complete, or even good person if you don't read anything but classic fiction literature and philosophers.  Yes, there are people like that.  People who don't just think you're dumb for liking things not considered high art by whatever tribunal of hipster douchebaggery decides these things, but actually think you're not a worthy human being.  I even know one.  I sincerely hope he's drowning in a pool of putrefying AIDS monkey corpses right now.

Addressing classic literature first, sure there are some, like Johnathan Swift or Mark Twain, for example, who still resonate today and gained their status deservedly, because they're brilliant.  A good deal of that stuff, though, was simply  popular fiction of the day that survived by the very merit of being prevalent as the stuff you find on a spinner rack at the grocery store now.  In two hundred years, scholars are going to think Harry Potter and Twilight were works of unbridled genius, because no one will be able to concentrate on anything more than 160 characters long with more than half the words spelled correctly.

As to philosophy and religion, what a waste of time.  At the end of the day it's a bunch of people arguing with each other over whose made up idea is better.  No one has any answers, no one ever will have any answers, nothing can be proven.  You know what can be proven?  History.  Science.  Real, tangible things that can be reproduced in a lab.  If you "deep thinkers" were so damn smart, you'd stop worrying about nihilism and whether we're just shadows on a cave wall or brains in jars responding to electrical stimuli, and pick up a damn microscope.  Because when you say to a scientist, "Prove it!", holy shit, they do!  When you say to a philosopher or a clergyman, "Prove it!", they go, "...uhh...".  Unsatisfying twaddle, arguing in circles, and not worth wasting the most fleeting of thoughts on.