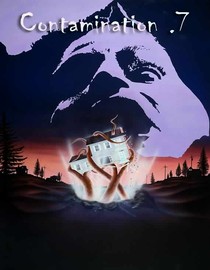 Small town girl Josie is returning home on a bus, where she makes friends with Susan.  Susan is on her way to Seattle (there are lots of implications that the movie takes place in Washington, and that Seattle is the “big city” the residents of Josie’s hometown of Littleton are always talking about, but some of the scenery suggests the American southwest) to see her boyfriend, but gets left behind at a gas station.  Hitching a ride with a lecherous creep, she winds up ditched in the woods, which proceed to kill her.

Meanwhile, a scientist named Taylor, working for the local nuclear power plant, reports to his boss that there is indeed a radiation leak in the surrounding woods that is killing off some of the trees, but the epicenter seems to be somewhere other than the power plant.  Mr. K-Mart Joe Lieberman Power Plant Douchebag tells him the investigation will be handled in-house from now on, and oh, by the way, Dr. Taylor, you’re fired.

The next day, Josie and her high school sweetheart Matt find Susan’s body in the woods.  Of course, by the time they get the town sheriff to follow them back to the woods, the body is gone.  Absconded with back to the power plant, it turns out.  Seems the body is full of splinters, which are still alive and absorbing the protein and blood plasma from the corpse in order to regenerate themselves.  You see, two million dollars went missing from the toxic waste disposal fund, and all those barrels of toxic waste never arrived at the proper disposal site, and the sheriff refused to believe the kids’ story because he has been paid off and was stalling for time to clean up the evidence.  Of course, K-Mart Joe Lieberman and everyone else will have no choice but to face the music when the trees start marching in full force…

Sorry, I just made you want to watch this movie, didn’t I?  That last sentence brought up images of the Ents marching on Isengard, huh?  I apologize for the false advertising.  The best you’ll get out of this movie is a few shot-in-reverse vines grabbing people, and one (really, Joe D’Amato, just ONE!?) moderately effective gore set piece where the sheriff gets skewered through the mouth and the root comes out his eye.  Aside from that?  Talking.  Lots and lots of talking.  Which is really something that you should try to prevent this group of stuttering, expressionless group of non-actors from doing at all costs.  You know what would have helped?  MORE GODDAMN KILLER TREES ATTACKING PEOPLE!

Oh well.  There is the gloriously stupid ending to help buoy this load of crap back up.  Once Matt and Josie and Dr. Taylor discover where the errant barrels of toxic waste have been dumped, they round up the townspeople in their best shitkickin’ clothes and a bunch of shovels to go dig them up and…I don’t know, I guess they didn’t get that far in the plan.  But that doesn’t matter, because unless you have the I    Q of a pea pod, you will have noticed that I just said the plan to fix the problem, which is backed by a PhD nuclear physicist, I remind you, is for a bunch of people in blue jeans and wife beaters to go out with garden tools and pickup trucks and DIG UP NEARLY A HUNDRED BARRELS OF NUCLEAR WASTE SO FUCKING POTENT IT CAUSED THE SURROUNDING TREES TO COME TO LIFE AND EAT PEOPLE!  But it gets better!

There’s another sort of non-character named Brian, who is the grandson of one of the first victims, who didn’t do much but get yelled at for not being a local boy anymore just like Josie.  He got fed up with being verbally abused by people he was trying to save from carnivorous plants, so he left earlier in the movie.  Just as it looks like the woefully unprepared cleanup crew is going to get shredded by the angry vegetation, he makes his triumphant return with a team of bulldozers, and they run over all the nasty vines and bury the barrels.  THE BARRELS THAT THEY WERE JUST TRYING TO DIG UP AND HAUL AWAY BECAUSE THEY’RE FULL OF CHRISTFUCKING EVIL TOXIC WASTE!  And now they’ve all been run over by a bunch of bulldozers, even more shit is going to leak out!

A final, exasperated, weary, head-shaking word before we take our leave of each other until next time; there are several brief shots where the bulldozers, mostly realized by just driving some big ass bulldozers over some yellow barrels, are represented by toys.  No, I’m not being dismissive of bad model work.  They’re honest-to-Cthulhu toys.  D’Amato sent one of his PA’s to Shop Ko to buy a couple of Ertl bulldozer toys, which aren’t even the same model as the real ones, and pushed them around in front of the camera with his finger.  Seriously.  Oh, and this was originally meant to be the second sequel in the prestigious Troll franchise.  I have no idea either.
Posted by Bryan Clark at 7:02 PM