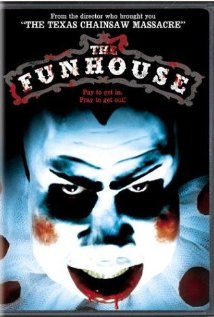 It’s all Berkley Books’s fault.  Or Universal Pictures’s fault.  Or Tobe Hooper’s fault.  Or Dean Koontz’s fault.  Or Owen Wests’s fault.  Or Larry Block’s fault.  I don’t know.  Neither, apparently, does anyone else.  Well, except for Owen West, because he doesn’t exist.  Anyway, here’s basically what happened (mostly according to Koontz in the afterword to the hardcover reprint of the novelisation, which mainly consists of him making himself sound like an arrogant bastard, so line up those grains of salt…).

In 1980, a young pre-success Dean Koontz was asked to write a novelisation of a screenplay by Larry Block.  Considering the pay check was several orders of magnitude above what he was getting for his original novels, Koontz jumped at the chance to actually pay some bills with his writing and took the job.  The screenplay he was given was sufficient for a movie but, being mostly action and virtually no character development, only constituted more or less the final act of a full novel.

Dean-o fleshed out the story both by giving Amy, the main character, an exaggerated (I hope) version of his oppressively puritan childhood and adolescence, and by infusing the origin story of the main villain and the monster with a flagrantly ridiculous occult theme which only serves to undercut the horror of the situation to every sane person who holds no truck with the kind of superstitious malarkey which Koontz superficially berates but clearly has a more lasting hold on the author than he’d like to admit.

The movie was held back for some reshoots, so the book wound up hitting shelves several months before the movie hit theaters.  According to Koontz, the book sold really well until the movie came out.  It was poorly received and killed the book sales along with its box office.  I would think the meandering, repetitive book would have done that all on its own.

All right, back to the analysis in a bit.  For now, let’s set the scene.  Amy Harper is going on a double date with her new boyfriend Buzz, her best friend Liz, and Liz’s boyfriend Richie.  They’re going to the carnival despite her father’s warning that it’s the same carnival where several patrons were reported to have gone missing the previous year.  At the same time, her younger brother Joey, who likes to play extremely inappropriate pranks on her (she’s naked and in the shower when Joey attacks her dressed as a hobo/clown with a fake knife), sneaks out of his room past curfew and attends the carnival looking for her.  The four teenagers witness a murder and wind up trapped in the fun house “dark ride” (A term describing any ride which takes place in a closed soundstage with artificial lighting and using darkness and shadows to hide the mechanism, but which has been co-opted to mean scary rides.  Technically Disney’s “It’s A Small World” is a dark ride.), stalked by the barker and his son, a horribly deformed mutant hybrid of a cow and a man.

Firstly, we will address the origin of Gunther the monster.  He has three different origins, depending on which version of the story you‘re being told.  I just finished watching the original theatrical cut on DVD, which makes no more grandiose claim than that he’s a run-of-the-mill sideshow freak who managed to survive into adulthood and who has, as a result of his sexual maturity and mental deficiency, become unpredictably violent.  His older brother Victor, who died in infancy,  is used as a display in the “Freak Animals” exhibit.  In the edit of the movie played on cable/satellite TV, which I was introduced to in an installment of Joe Bob Briggs’s “Monstervision” on TNT, I distinctly remember a scene wherein the barker, drunk and accosting some people in the parking lot, tells his horrified audience that Gunther is the result of a cow being raped.

Presumably that cow hybrid horror story, which is awesome and I was very disappointed to find was not in the theatrical version as it makes the movie much more disturbing, was an alternate scene substituted to make up for broadcast time lost to nudity or drug use (there’s really not much unteleviseable gore, but there’s an ample dose of boobies and several instances of flagrant pot smoking, which Ted Turner would have had an aneurism even considering showing on one of his stations).  In the novelisation, Koontz goes way over the top to imply that Gunther is in fact the son of Satan himself.  The barker, no more than a hillbilly cliché in the movie, is given the name Conrad Straker in the book (incidentally, Rob Zombie’s real name is Rob Straker, and he and his brother, Spider of Powerman 5000, grew up on the circuit with carnie parents).  Straker is a devout Satanist, and when his wife Ellen (glimpsed no more than twice in the movie, once with a glass that is presumably full of some kind of alcohol, once visibly drunk) kills their first monstrous child, he divorces her and goes about attempting to have a second antichrist son.

The rest of the major difference is split into two parts.  The most obvious, and least interesting, is the story of Amy’s life.  In the novel, her mother Ellen is paranoiacally religious and hopelessly alcoholic (and wouldn’t we all be after a brutal struggle with our Satanic mutant baby, who we killed by kneeling on its chest until its ribcage collapsed and crushed its lungs and heart and it vomited blood all over us), and mistreats both Amy and her brother Joey out of fear of them becoming demonic monsters because of some horrific aberration in her own genetics.  While movie Amy is the typically virginal “final girl”, novel Amy is pregnant and incredibly confused at her puritanical mother’s insistence that she get an abortion.  In the movie the parents are barely elevated above the station of extras.

More interesting is the relationship between Amy and Joey.  This is the one place where Koontz’s extrapolation doesn’t derail the story into tens of pages of boring bullshit and in fact succeeds in rounding out the characters into people we believe in and even care about, instead of obvious padding to make the required page count.  In the movie, all the setup we’re given is that Joey loves monsters, and playing weird pranks on Amy even when she’s showering, and that he wants to go to the carnival too.  Book Joey and Amy have a special relationship, a united front against their alcoholic mother, wherein Joey plays harmless pranks on his older sister and she retaliates in exaggerated and equally harmless manner in a sort of pattern they use to comfort each other.

This is also another way Koontz’s addition of the pulpit-pounding religious angle weakens his story.  There’s no way such a zealous person as Ellen would allow her son to spend all his time reading horror magazines and collecting monster toys.  Joey’s horror obsession doesn’t have much real impact on the story (especially in the movie, where his mean-spirited pranks only serve to make him intensely creepy), so all Koontz needed to do was cut it out to prevent his audience’s suspension of disbelief from slipping that much further away.

The other major difference is that, since Ellen was once Straker’s wife, and the mother of Victor and Gunther, Amy is Gunther’s half-sister.  When Joey wanders into the fun house looking for her and they all wind up under siege from Gunther and Straker, Amy has to battle one brother to save another.  That would have given the story a pretty poignant kick if Koontz wasn’t such a hack.

Well, I want that RAM chip, so I’m going to close by saying one good thing about each version of this story.  The thing Koontz got most right was the depth of research he seems to have done into carnie life.  There are a lot of little details about the family atmosphere of the traveling carnival that sound pretty genuine.  As for the movie, aside from just being a lot more streamlined and less silly than the book, there’s one excellent scene that echoes some of the crappy home life the kids have in the book.  When the Harpers come to the carnival to find their kids, one of the carnies has taken the filthy, terrified Joey in and cleaned and comforted him until his parents arrived.  The parents, particularly the visibly plastered Ellen, clearly don’t give a shit, but the carnie is so earnestly proud of how he helped the kid out, and the performance so good (this guy upstages everyone else in the movie put together in about 90 seconds of screen time), that this throwaway scene becomes really touching and memorable.
Posted by Bryan Clark at 4:16 PM