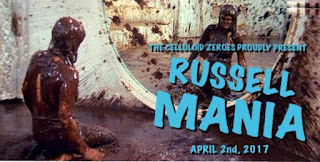 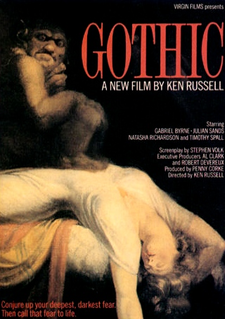 Laudanum was first created in the 16th century by a Swiss-German alchemist named Paracelsus. After finding that opium alkaloids (natural substances found in the resin of the opium poppy, which include morphine and codeine) dissolve in alcohol a lot better than in water (making them more fun to boot), he presumably discovered that turning lead into gold wasn't the only way to make a pile of money. Since then, the formula has changed time and again to include just about every random thing you can imagine (the original recipe included crushed pearls and amber, because why the hell not). These days, the alcohol content (as well as the crushed pearl and fossilized tree sap content) has been greatly reduced, from nearly 50% to less than 20%. It is regulated as a Schedule II drug, and is still available in the United States by prescription to control pain and rampant diarrhea. Ironically, this tincture has been shown time and again throughout history to also cause diarrhea. Diarrhea of the art.

I wanted to like this movie, I really did. As a writer myself, the romantic idea of days gone by when patronage was a thing and creative types would have their living expenses paid by rich friends or fans, or to simply be an independently wealthy aristocrat, so they could spend their entire existence living life to the fullest and concentrate their energies on their craft is an extremely appealing one. The downside to this being that, due to a combination of addictions and no responsibilities to tie them into the realities of everyday life, a lot of these artistic geniuses tended to be pompous, insufferable, self-absorbed rectal infections and spending 90 minutes watching them prance around spouting nonsense and acting like a bunch of prize cunts isn't the most enjoyable way to pass the time.

This movie purports to tell the tale of that fateful night at Villa Diodati when Lord Byron hosted a literary competition between his friends to write the most frightening story they could come up with, and an 19 year old girl changed the face of horror forever. There isn't really much tale telling, though. Almost immediately after the Shelleys and Claire Clairmont arrive at the villa and see Dr. Polidori suggestively petting a goat, everyone gets good and sauced on laudanum and the rest of the movie is an occasionally visually interesting but mostly tiresome and pointless succession of scenes that were no doubt meant to shock and stimulate and engage the audience's very souls, but instead leaves you checking the timer to see if it's over yet and wishing you were watching one of the Universal Frankenstein movies instead.

What do you mean, synopsis? That was my synopsis. Absolutely nothing of note happens in this movie. There is no real story to speak of. It's just a bunch of drunk and stoned people running around a mansion. It's got a great cast, who are all completely wasted on this pointless drivel. Even Timothy Spall, who I'm usually a big fan of, is almost unwatchably annoying here.

I get why Russell made this movie, why he would feel a connection to the characters. By many accounts he was a bit of a chore to work with too. He was certainly capable of making entertaining movies while still giving free reign to his instinct to be a visually weird director. Altered States is a great flick, and I absolutely love Lair of the White Worm. It just feels to me that, with Gothic, he got too wrapped up in trying to make an Important Film ™ and forgot to make a good one.

Check out what my fellow voyagers of the mind Russelled up for this roundtable:

Checkpoint Telstar - The Devils
Micro-Brewed Reviews - Altered States
The Terrible Claw Reviews - Lair of the White Worm
Tomb of Anubis - The Fall of the Louse of Usher
Web of the Big Damn Spider - The Boy Friend
Posted by Bryan Clark at 5:02 PM